The Ledlock is a self-initiated concept and originally intended for the Bwin brand of the Decathlon group.
The idea is to combine both the rear light and the lock into a single lifestyle object and thereby to reduce the accessory load on the bike to a minimum.

The light lock can be positioned in several ways by the user, on the bike but also on the backpack, on the arm, etc… It allows the user to customize his bike and his style on the road.
The idea can be easily realized with the integration of an LED and a battery into the lock head in combination with the Polybright technology, a system using a flexible polymer strip that conducts the light along its entire length as used sometimes on dog collars. 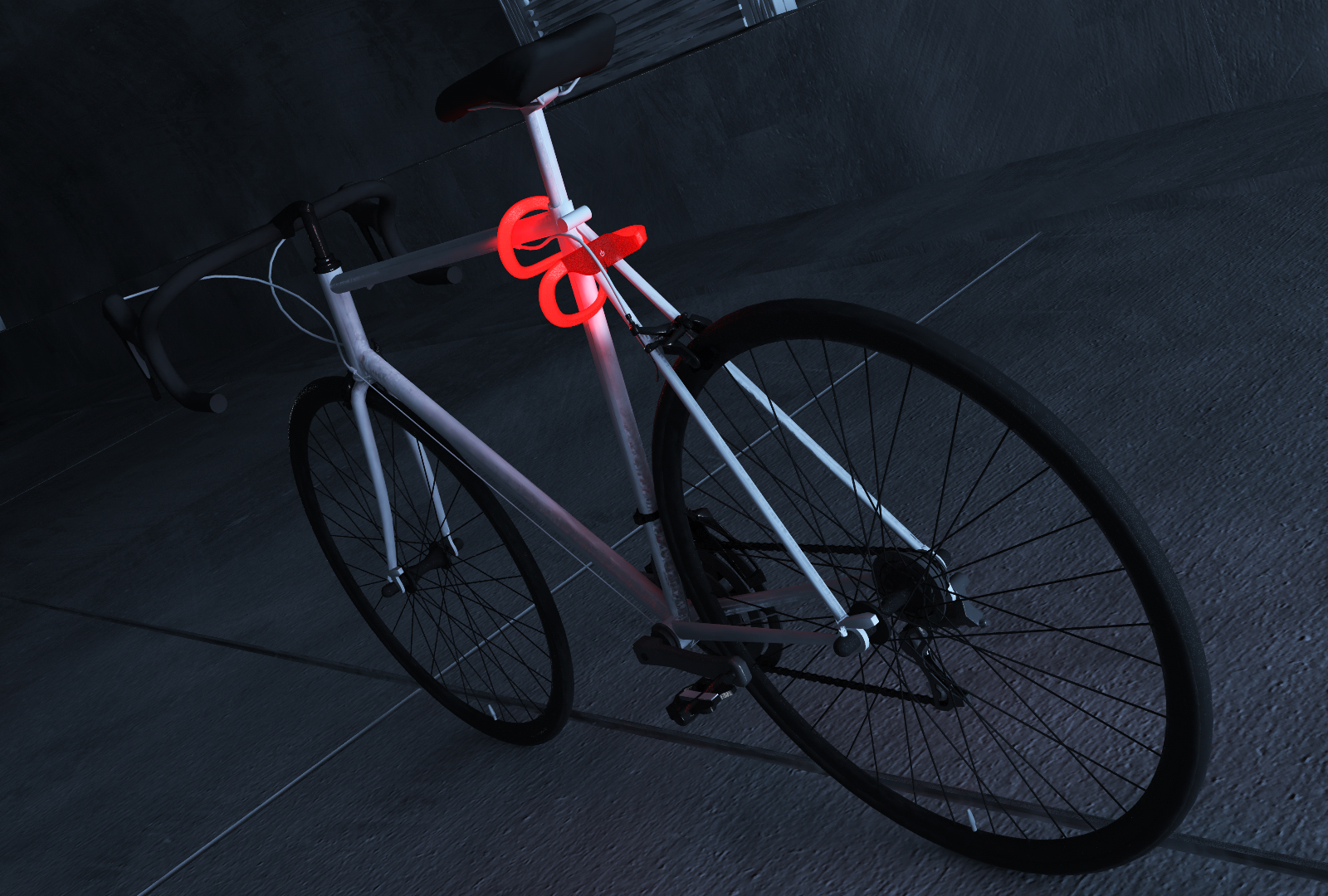 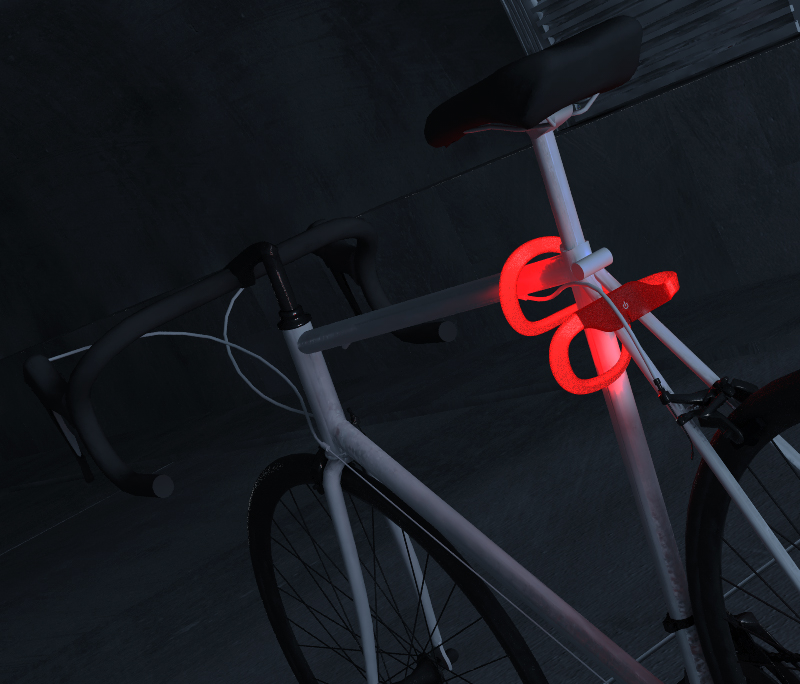